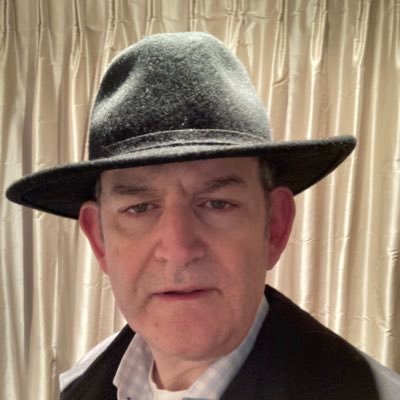 He's an excellent writer (not something I ever say lightly, if at all). You may know him for his literary Sunday WIPs (works in progress), his occasional series on the depiction of the Trojan War in art, or for his much loved Superdog, created at age 11 for his comic book Orbit. Or maybe you even know him for the rare sightings of George?

Mark on his approach to writing: "At work, I write to express clearly what I already know. In fiction, I drift toward an impressionist style to find out things I don’t know yet." In non-fiction too, I suspect. 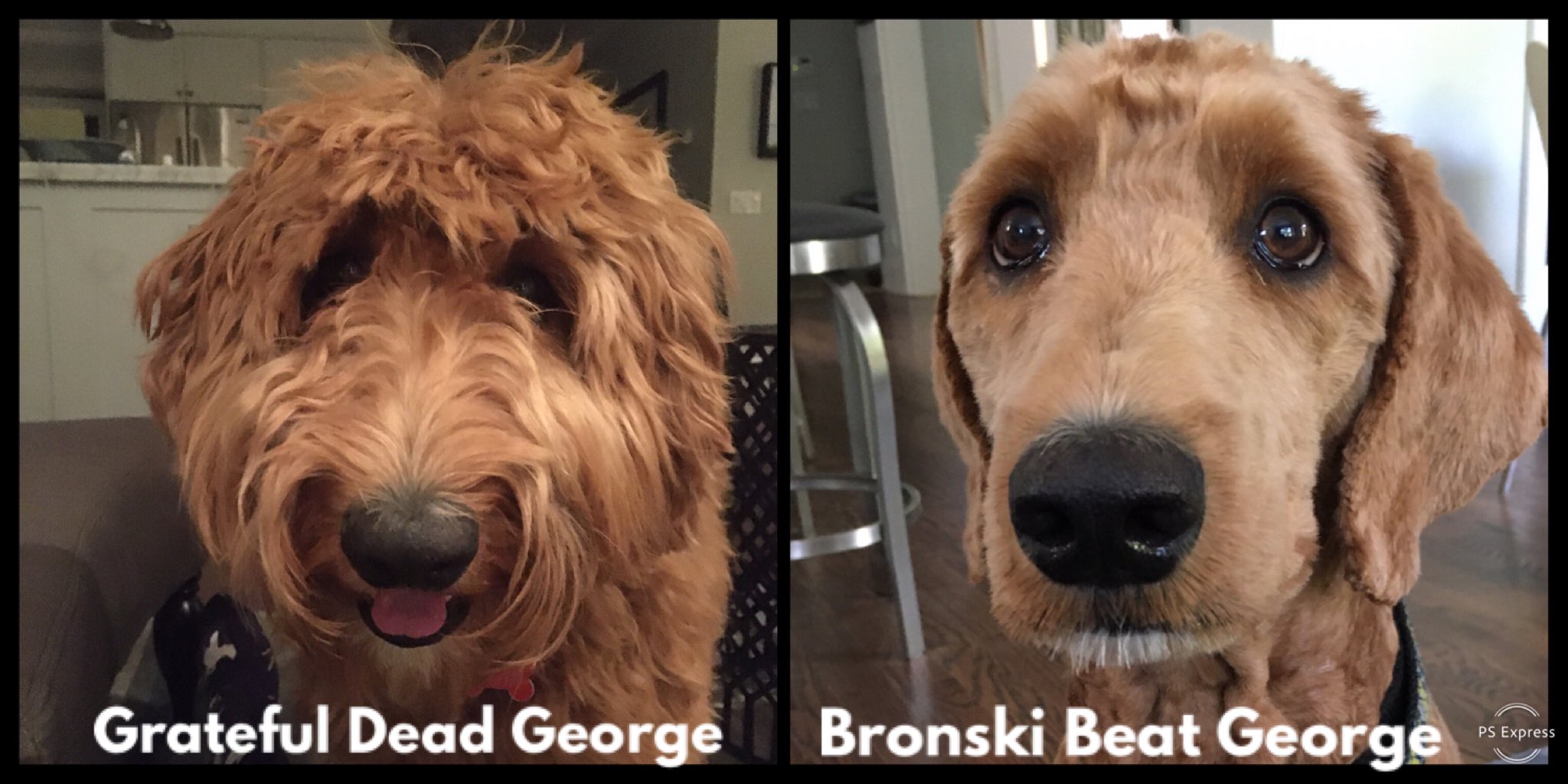 My 1979 (age 12) comic—
How the medium impacts the story:
with the introduction of colour panels, the Superdogs on planet Krysis started to change their clothes with startling frequency. A new outfit for each new activity… #Superdog #Orbit pic.twitter.com/N5f2PvSDzC

In the spring of 2015 I came into Heathrow, collected a car from the North Perimeter Road (economy, manual transmission, or stick shift as we call it in Canada) and picked up Andrea for our trip to Hertfordshire and then on down to the south coast to see Dad. Andi’s place, my sister’s place, was near Clapham, which we referred to, archly, as “Cla’am,” using pretend posh voices. Our conversation zipped along, in stark contrast to the traffic: the time my brother and I ambushed her behind the Brownie hut, scaring her so much that she peed herself (I have no recollection of this, but it never escaped a retelling). The time Mum forced our brother’s head into the sink to wash his hair (Mum has no recollection of this). The conversation was happy; the journey was monumental: Andi’s last chance to see Dad.

I do enjoy the drive through London. The narrow, bus and bridgey bits at the beginning. The high perimeter of Lord’s cricket grounds, opening out into Finchley Road, the North Circular. All the row houses with their big bay windows and timbered Tudor dormers. This is memory road. Where Dad drove me to the dentist for my braces, listening to The Best of ELO on cassette tape. Past the cinema where we saw Star Wars, Battlestar Gallactica, and Indiana Jones for the first time. Parts of the route my wife and I drove between friends’ places and our first flat in the Docklands. 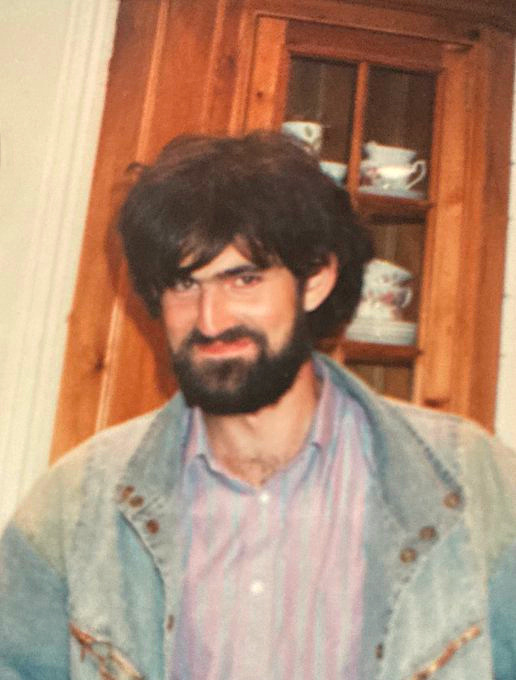 Definitely not going to become an accountant

“Is it hard driving on the wrong side?”

In fact, it is super easy to switch back to the left. Driving in England plays a trick on my brain. I live in England, the car tells the brain. I don’t live abroad. So the lizard part puts the left hand, not the right hand, to the gear stick. The lizard part wakes up old ankle flexions above the clutch, after a quarter-century of driving automatics. The gearstick stirs up the murky sub-conscious mulm, half-forgotten sediment of highway conversations, commutes, road-trips, and mixtapes, subliminal sludge of my English experiences. It feels like I never left. Consciously, I imagine that I did never leave. That I am driving from a house I own somewhere nearby, a house that’s close to where I grew up, rather than far away across an ocean. 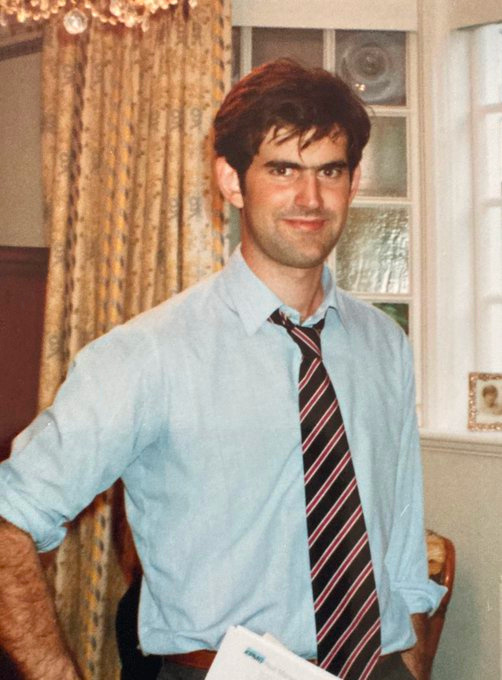 The big decisions all just happened, for me. Those shifts that determine the actual course of a life: where to live, who to love, what job to do, how many kids to have. One day I was driving on the left and then—snap fingers!—I’m over on the right, the rules of the highway alien to all that I grew up with. So, instead of building a life in Hertfordshire, I married a Canadian girl and moved to Toronto for what was going to be two years, but which turned into half a lifetime. Instead of a sprawling family we had only the one boy, very late and with some difficulty. The joy of fatherhood has been astonishing. I became an accountant. I had always insisted I would never do anything so dull, dull, dull… (a teenage diet of Monty Python convinced me of that). Yet, having drifted into it, against myriad misgivings, I found the tent on the inside to be big and noisy and exciting. Lions to tame.

The tiny amount of thought that shaped the outlines of my life seems almost glib, with hindsight. But that’s the universe: birth, death, rich or poor, healthy or not: these are rolls of the dice. It’s in the small details, that’s where the life lurks, where we determine our meaning. The conversations, the friendships, the familiar routes that you end up taking over and over again.

What we talked about, during the drive down to see Dad. The soulful minutiae. She had placed a jar in the kitchen, into which her two young children put different coloured pebbles to reflect their emotions. Blue for worry, yellow for joy, red for anger. It seemed to be helping. We discussed politics. With Labour and the Tories tied near the end of a General Election campaign, immigration and a referendum on Europe had come out as the dividing issues. My sister listened, asked questions. Without a change in tone, we slipped into the music she wanted at her funeral. Freddie Mercury, she thought. Pharrell Williams’ Happy, for the recessional. Neither of these made the cut, as it turned out. Did I think Mum could manage the eulogy? Then, as naturally as we slipped into this, we moved on.

“On the left, on the right, that’s not the part that matters. But the ways different cars do things, which bit of the driving they do for you, and which bits you have to focus on for yourself. Where everything is. The indicators, the windshield wipers. A beep for the blind spot or a flash on the side-mirror. That’s where all the attention has to go.”

“Thank you for driving.”

“You’re welcome,” I said. The North American way. (Back across the Atlantic I say, “It’s my pleasure.” The English way.)

The visit with Dad was what it needed to be. He was frail, with heart problems. She was tired. But they did get to see each other.

The next morning, I drove Andi to the Royal Marsden in Sutton. I had spent a week carting her around and chatting. It had all been very easy. Her gift was to be interested in people. But I knew that the topics of our conversations were not the real content. The actual agenda was her checking to see we would all be okay. Dutifully, we presented ourselves as fine. 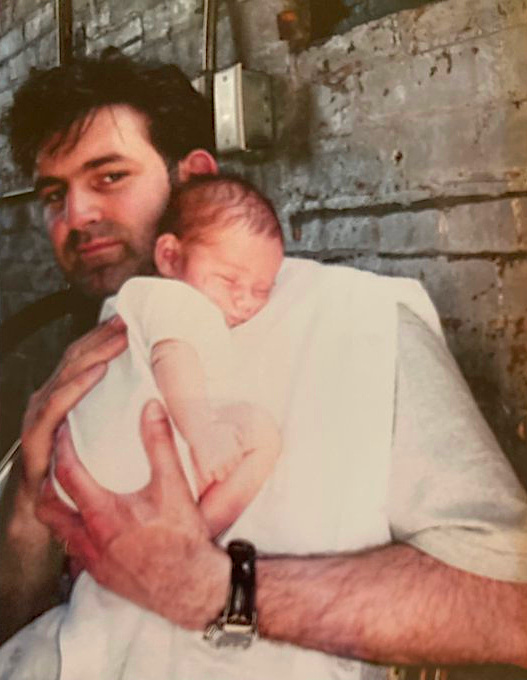 There was a fresh biopsy to do. Discussions to have about cell counts. We went up the stairs in the East Wing. It was only one flight. Half way, we knew that we should have taken the lift. Her boots were big, roomy buckets. Her legs, drainpipes. Shuffle up one step. Steady. Both feet level, then the next step. Lean on my elbow. She absolutely hated the biopsies. Insufferable pain and no new options. The next step. Both feet on the step, then the next one. Come on, only a few more. Left, right, left.

We got to the little room where she had to wait for the nurse or the consultant, and it was time for me to go. I had an early afternoon flight, with the unpredictable M25 to navigate. This wasn’t important, but it took over in my brain: time to go. So I said, “Right then, good bye.”

What I should have done… what the moment required was for me to sit down on the floor by her feet, to hold her hand, and simply to wait. Twenty minutes or so of silence. What I should have done. She had taken off her wig. She nevertheless looked beautiful. With some people, the sickness gets into the face. Sinkholes open up in the eye-sockets and the cheeks, and the smile turns skeletal. That did not happen with Andi. Her optimistic face, the one that had done all the looking and living, was still there. Pinned in place in the moment. God, we do pin things in place, don’t we? “Daughter, sister, wife, mother, friend.” “She brought people together.” “She made people feel special.” “She had a contagious laugh.” “She had an adoring husband and two young kids who completed her.”

At the airport, on the shuttle from the car drop-off to Terminal 2, the TV at the front of the bus reviewed instructions for how to drive in England. Remember to drive on the LEFT. Clockwise, please, around the roundabouts. Friendly, soft graphics to illustrate. But this is not what they need to tell us. Head on collisions caused by tourists driving on the RIGHT… these are not a thing. Then what is it that does go wrong? Forgetting to check the rear view mirror, that goes wrong. Turning on the windscreen wipers instead of the indicator light. The tiny distractions, momentary and small. That’s how you crash. Little errors, lurking within the details. Like thinking about getting to the airport instead of sitting quietly on the floor and waiting.

I never saw her again. 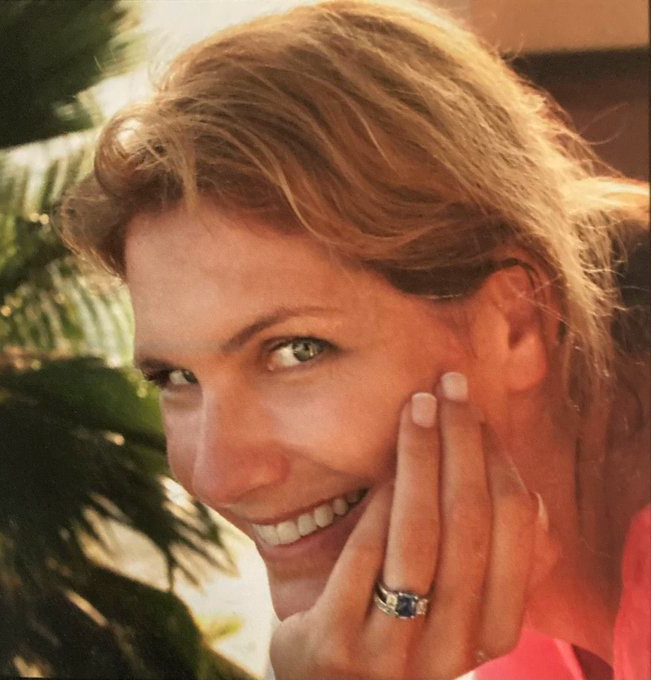