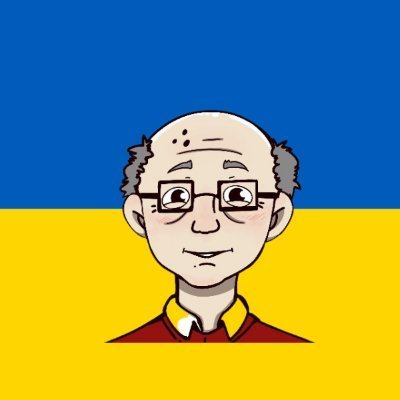 George is one of those characters on Twitter whose words are all smiles and innocence...usually having just inserted the rudest double entendre into the conversation. He recruited me to #1PMChat, where I am a fellow host, and he is one of only two followers I have met in real life; we shared a wonderful meal together at The Mayflower pub in Rotherhithe. A very generous man, he styles himself "The Retired Broker", though quite what he considers retirement is patently unclear.

Oh...and he may have enjoyed a couple of my books.

As part of a redundancy package I took about 25 years ago, I was given the opportunity to see a career psychologist who asked me lots of questions and then gave a half hour assessment. “You are very strong on planning,” he smiled broadly, “these results suggest you have the mind of someone who could plan the perfect crime.” My smile was equally broad, “How does it feel to know you’ll never find out if you are right or not?” 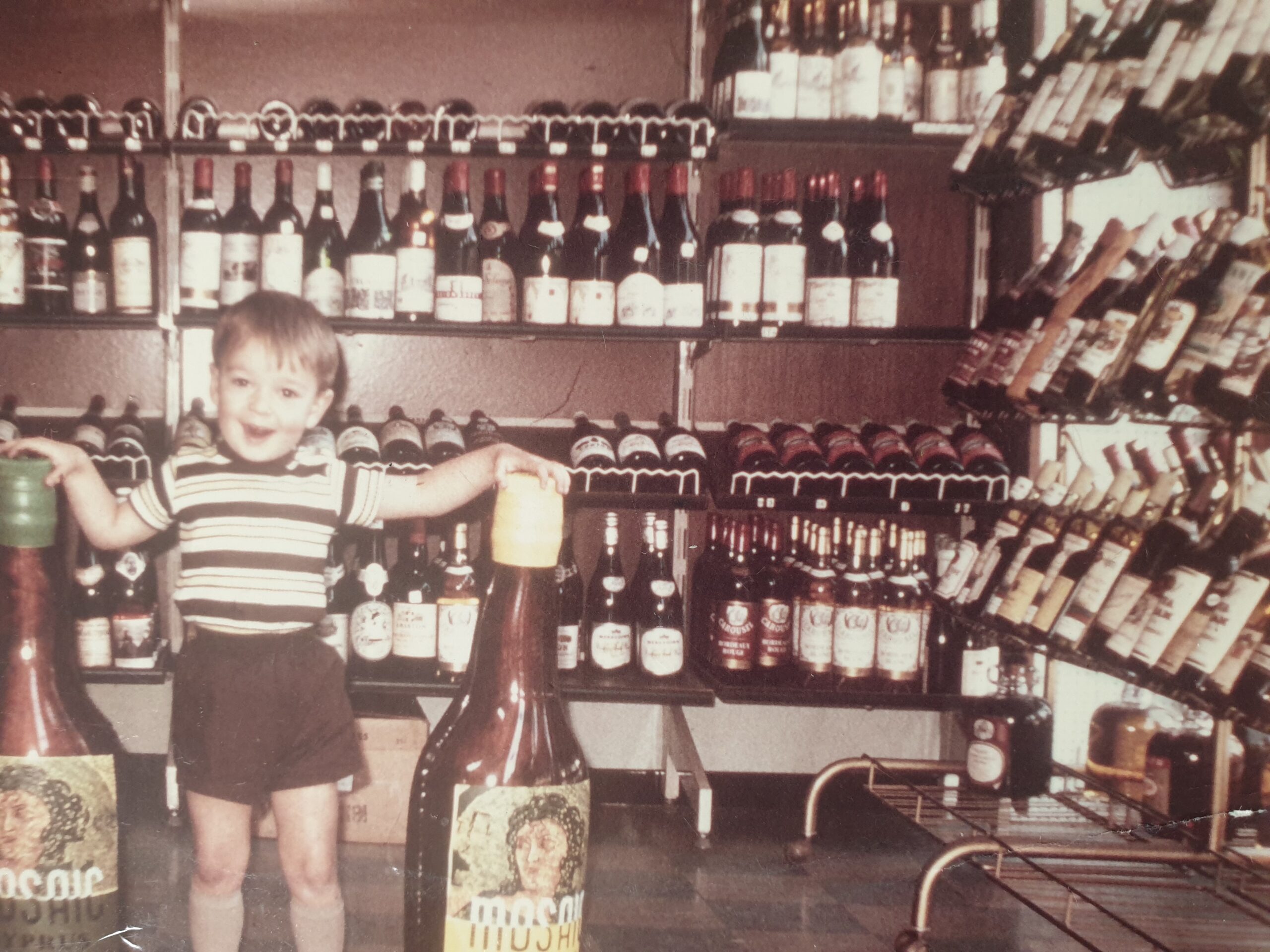 My parents ran an Off Licence in Fulham and that was where I was born. Here's me in my natural environment.

I conceded that his judgement was pretty accurate. Planning is something I was always good at, but with one major caveat. I have always been good at planning things for other people. Things I planned for my own benefit inevitably went wrong. Sometimes spectacularly, like when I opened a mortgage brokers in a prestigious office block just a few months before the property crash of the eighties.

Given my lack of skill in planning my own life, I’ve learned to ride my luck and grab opportunities that have come my way through accident and coincidence, the first of these being that I was the only one of three brothers to survive more than a few days. It's something that I often think about, regularly making decisions based on what I feel I should do in order to gain their absent approval. 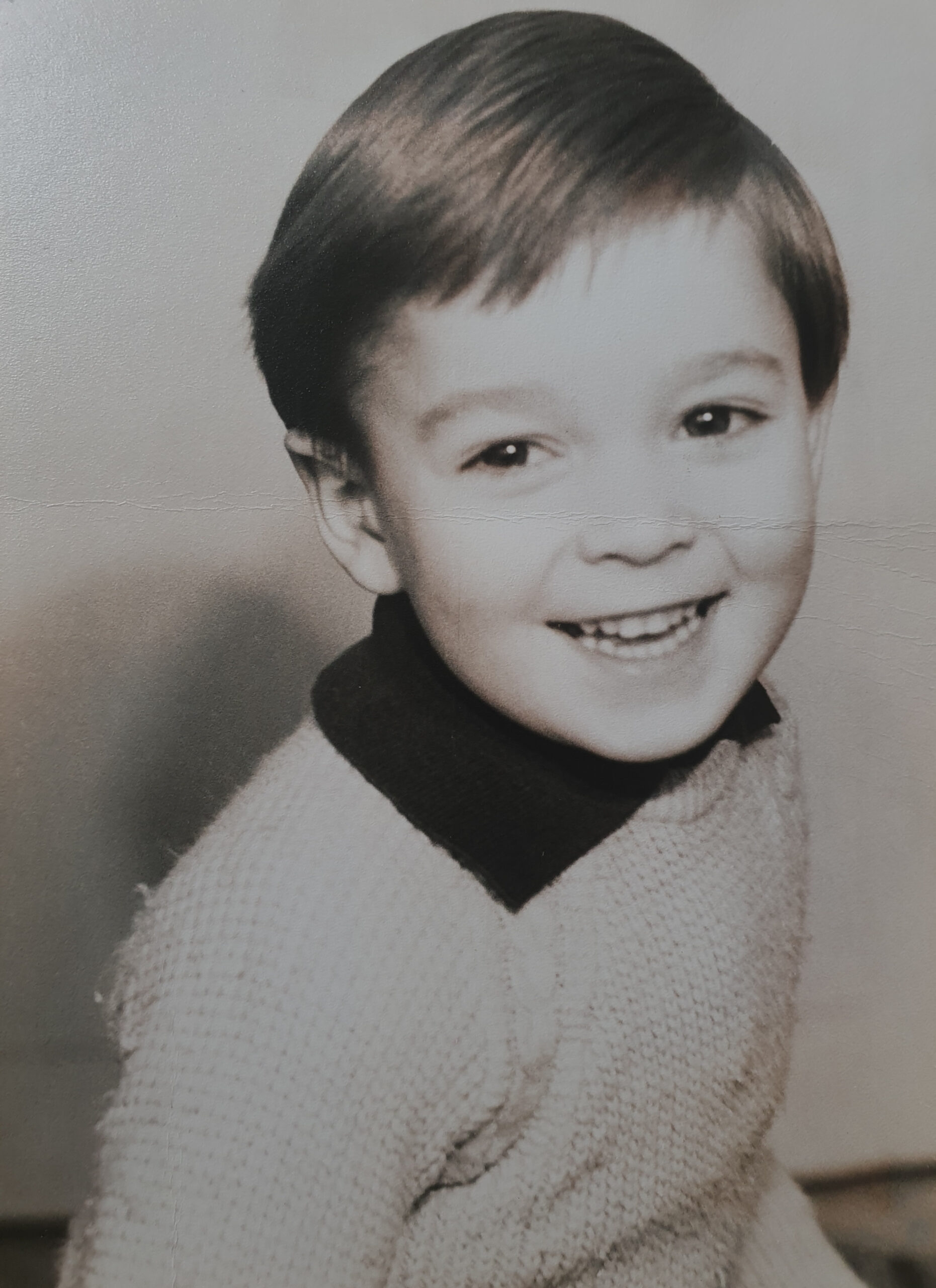 My first day at primary school went really well and I absolutely loved it. When my mum got me ready the next day, I protested: “But I already went yesterday!” and became quite angry. I remained furious for the next twelve years. As a common oik who passed an 11 plus to be the only boy from my school to get into a grammar school, it was soon made clear that I was the wrong sort and I left at 16, not even returning to find out my exam results.

Home was Mum, Dad & Granddad. Granddad was a clever chap and I remember many great conversations with him. He was into gadgets and tech, both of which were embryonic at that time. I often wonder what he would make of the tech world today. I think he would love it. He died when I was 14 and an aunt moved into the house...one of those “aunts” that wasn’t an aunt, but I was told to call her Aunt nonetheless. She had been evicted from her flat and we took her in and she became my surrogate Grandmother. 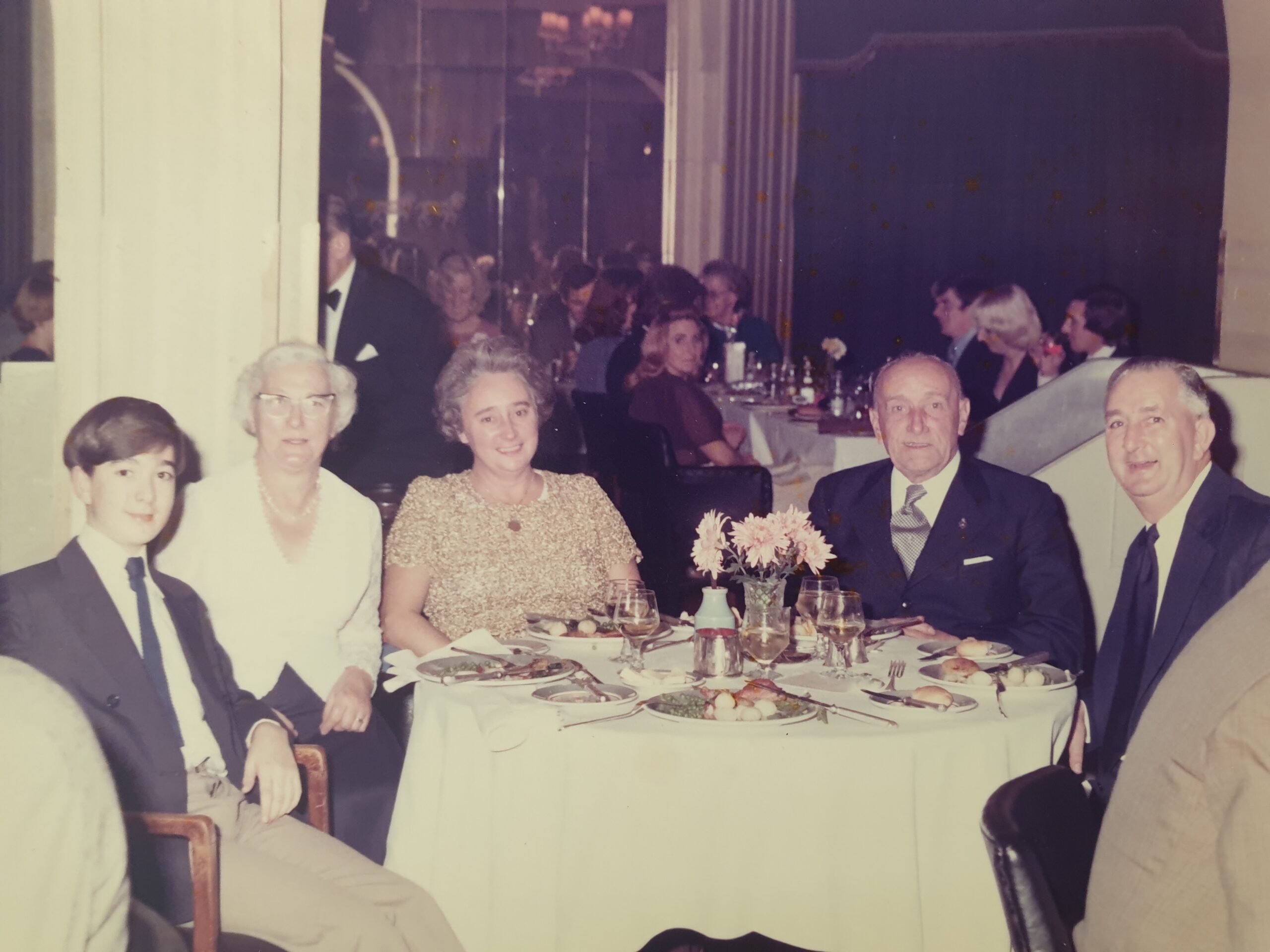 Me (age 14), my surrogate Grandmother, Mum, Granddad, and Dad on the far left

Dad had demons and was an alcoholic. The verbal violence was every day, but the physical violence was confined to throwing things around. Consequently I stayed out of the way and spent most of my life in my room until my first proper job in a clothes shop at age 16. My life changed then. Girls discovered me and my social life took off. I was also drawn to drinking too much and the next five years weren’t my finest ones. Then I met someone who I preferred over drink, and I changed overnight. My Dad died of his second heart attack when I was 21 and all of a sudden I had become a responsible adult with family life beckoning.

I was working at a hospital at the time, thinking about what I was possibly good at. The list was not a long one. Then another accident happened. I went to the offices of the Prudential to insure a piece of jewellery. Welcoming me into the office, the manager mistook me for someone who was due to be there for an interview. After a very awkward exchange, we got talking and he offered me a job. 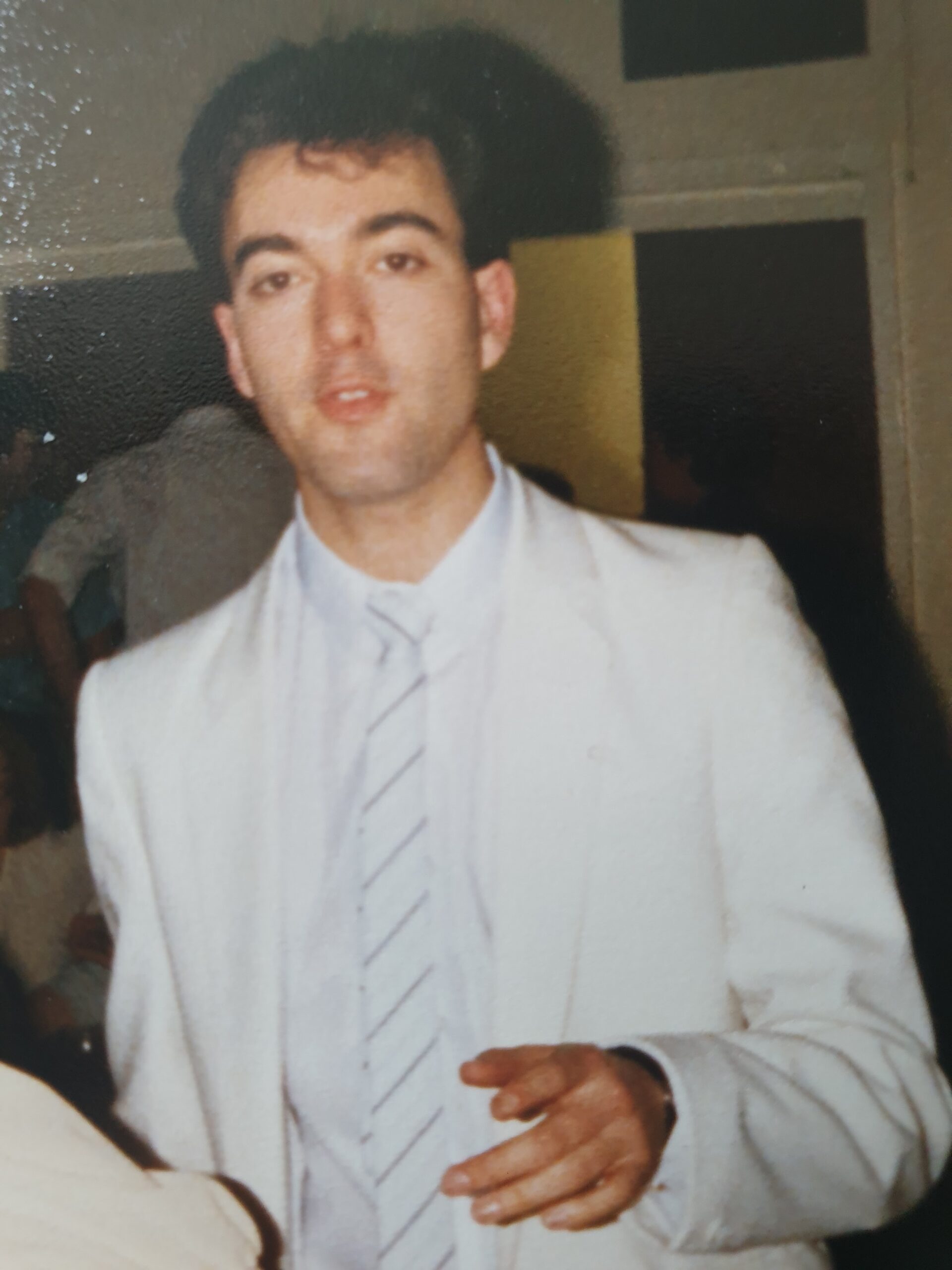 I lied about having a driving licence, but had a test booked the week before I was due to start. Having failed eight tests, I went into my ninth knowing that I would have to own up if I failed again. I passed. I also discovered I liked the world of finance and insurance.

The job involved all types of property insurance, car insurance and every other financial product such as pensions, mortgages, and investments. I had been there less than a year when one appointment changed my outlook completely.

It was with a couple I had met occasionally, dealing with their life insurance and a few other things. I was ushered into the front room where the chap was lying in bed. He called me over and his wife left the room leaving us alone. He said that he expected to die within the week and he wanted me to go through “money stuff” because his wife didn’t really know about “that kind of thing”. That experience shaped the rest of my work life. I realised that what I had learned, and how I chose to use that knowledge, had a real and lasting effect on people’s lives. 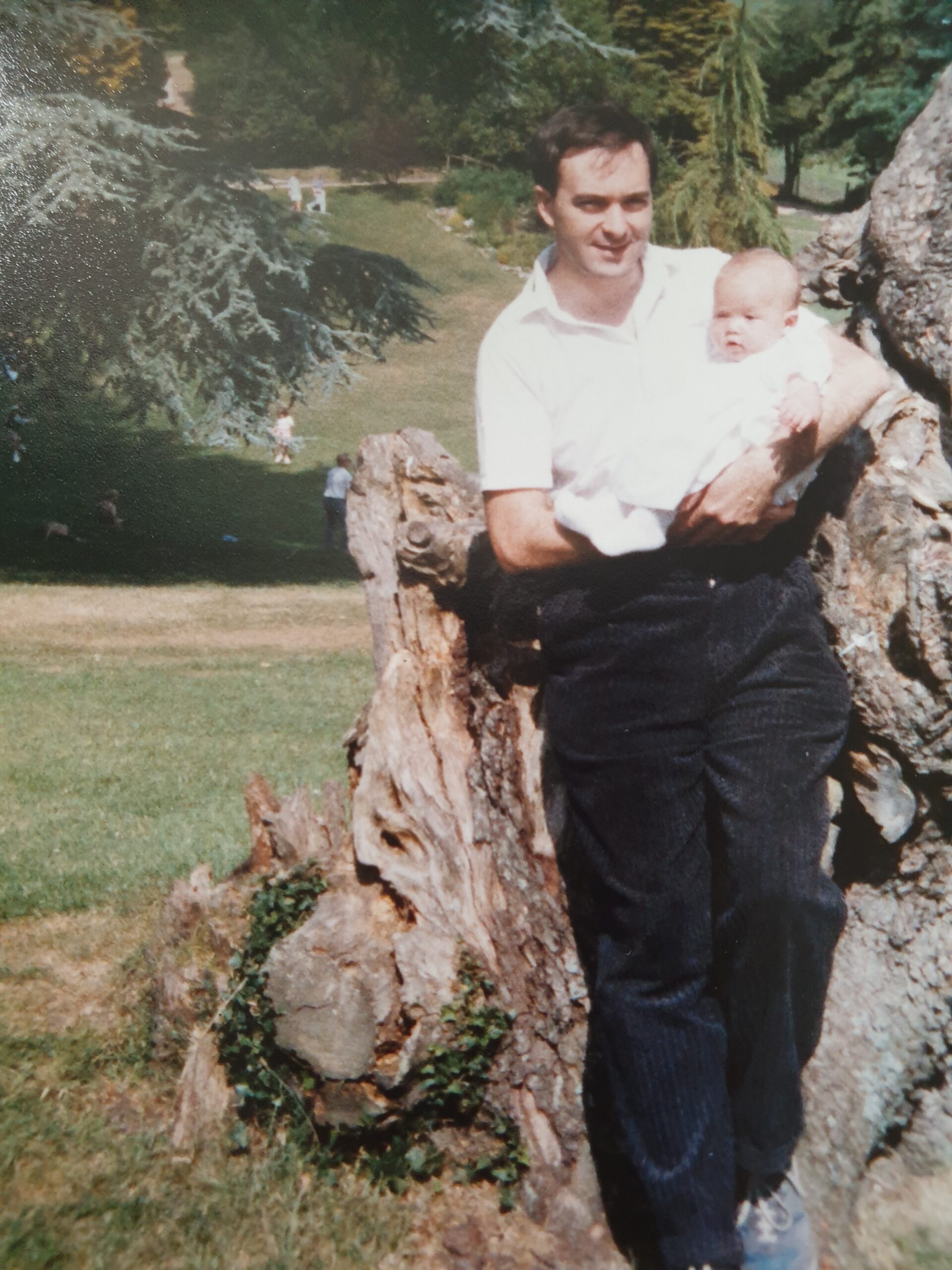 Over the next 35 years I had four children, all girls and all very different. My favourite times are spent with them and annoying them with amazing puns. I drifted between owning and managing different insurance and finance brokers and eventually thought I had retired about six years ago. 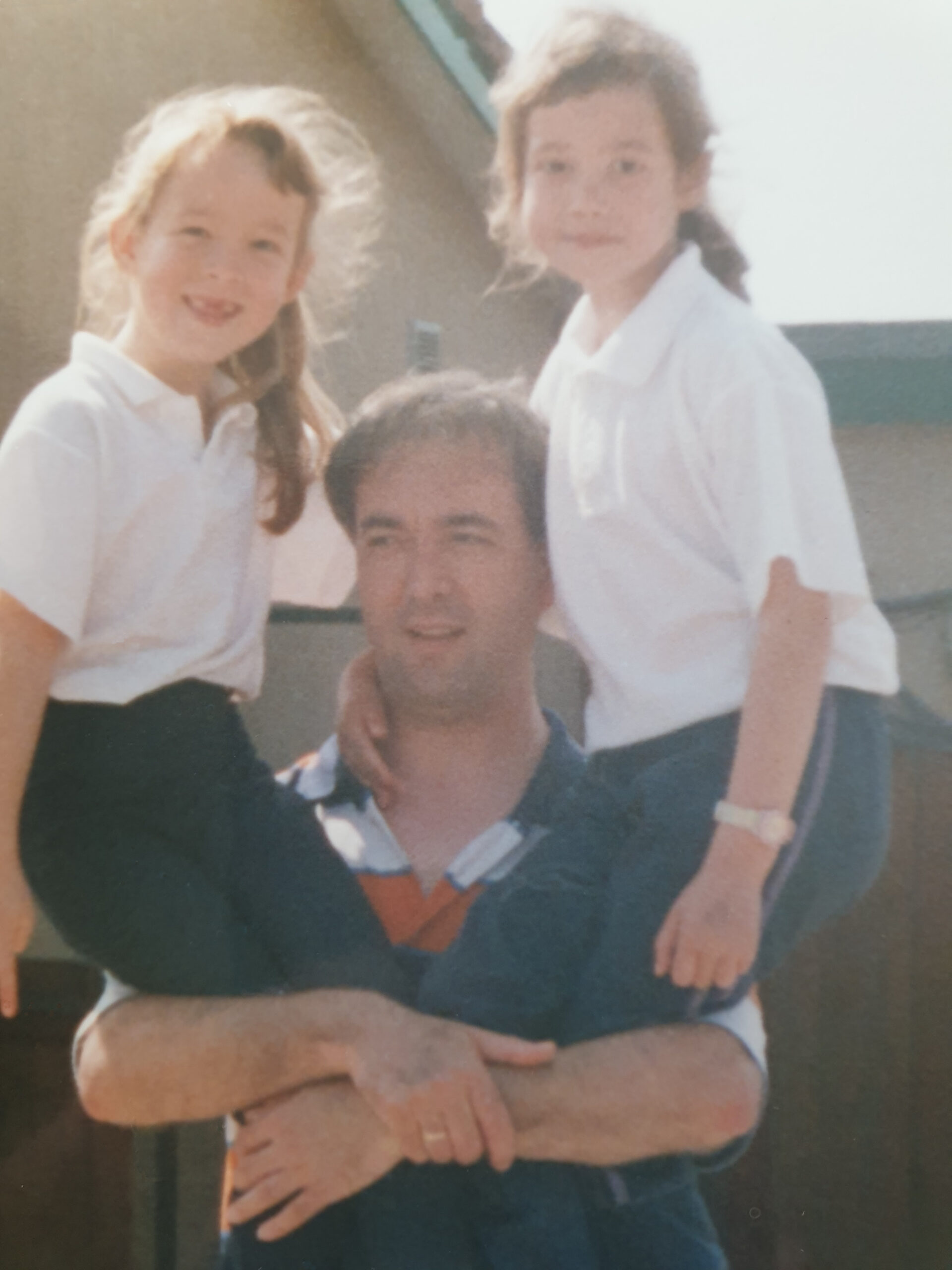 Now an experienced dad. Carrying the youngest (the twins).

Being of a curious nature I started looking at social media and found a home on twitter where I have been fortunate to engage with some lovely people from all over the world. I have even been lucky enough to meet with some.

About a year ago I was asked by an old friend to help him with his finance business. I wasn’t that keen to start with, but couldn’t say no to him. I’m so glad I took him up on the offer and I am now back working full time on projects where I think I can actually make a difference. Mainly with older clients, but there is little I will turn down if I think there is a chance of balancing the odds for someone who has been treated unfairly.

My Granddad said you get eternity to rest, so have a purpose for each day. The plan is to carry on full time for the next five years, then wind that down. I’m then toying with the idea of going to university as I’d love to find out if I am capable of being educated.