In the mid-'80s, Norman (my partner at the time) and I enjoyed a drink - possibly a little too much. We both were unemployed and so poor that I began brewing homemade wines on a semi-industrial basis to suit our pocket and sate our craving. Some were extraordinary; I made six bottles of mead that really were the nectar of the gods, and twelve bottles of sparkling cyser (honey and cloudy apple juice fermented following the methode champagnoise) that really should have won awards. Truth though? Most of the others were no better than alcopops. 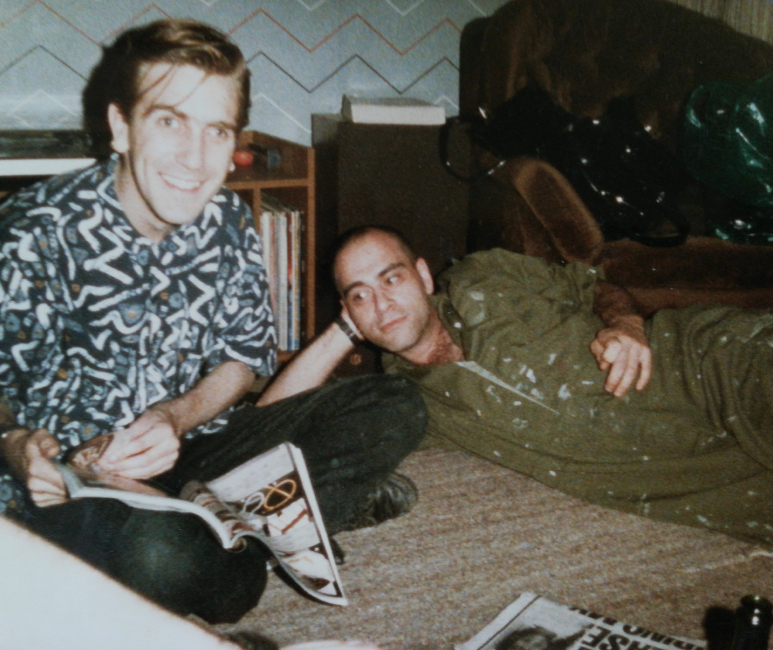 Then we struck on an idea. Every 2 - 3 months we would host an exclusive cocktail party on a Sunday afternoon. We would invite eight people, each of whom had to arrive exactly at the appointed hour bearing whatever ingredients we had asked of them. People who were well-off brought the spirits; those less so brought the mixers or fruit. Once everyone had arrived, we had the makings to create a progression of four different cocktails throughout the course of the afternoon, serving the ten of us.

The first was usually a champagne cocktail, which was quick to produce and bought me time to start prepping the second offering of the afternoon: nearly always a fruit-based drink, such as a pina colada or a banana daiquiri.

By the third cocktail everyone was happy. By the fourth, no one could be bothered to ask for another. Michael, a guy with a perfectly groomed flat-top hairdo, whom our friend Rosalie had dubbed "Naughty Teeth", was by now presiding over the record deck and Norman's extensive Soul collection of 45s, often changing records midstream. Some people could still talk. I once found our Japanese friend Keiko banging her head against the wall of our bedroom. I carefully talked her out of it.

dry sparkling wine, such as prosecco

Chill the brandy and the sparkling wine for at least a day in the fridge. Chill the champagne glasses for at least six hours. Use a vegetable peeler to slice off a thin piece of rind from the orange. Slice it into thin long slivers.

Now rub each side of five sugar cubes against the orange skin so they pick up the essential oils. Open the sparkling wine and get ready to create!

Place a rubbed sugar cube in each of the chilled glasses. Add one tablespoon of brandy (or Cointreau) to each, and tip the glasses almost sideways as you fill them really slowly and carefully with the sparkling wine to avoid it fizzing up all over the place. This is a great tip for pouring sparkling wines in general!

Pop in a sliver of the orange rind. Serve and enjoy!

Any questions? You can use the comments form at the bottom of the page.

Gallagher's Cook It or Wot!
Home

You'll find recipes at the back of all the books in the Send for Octavius Guy series:

Gooseberry: The Case of the Thieving Maharajah

Octopus: The Case of the Throttled Tragedienne

Big Bona Ogles, Boy: The Case of the Mendacious Medium

Oh, No, Octavius: The Case of the Quibbling Cleric