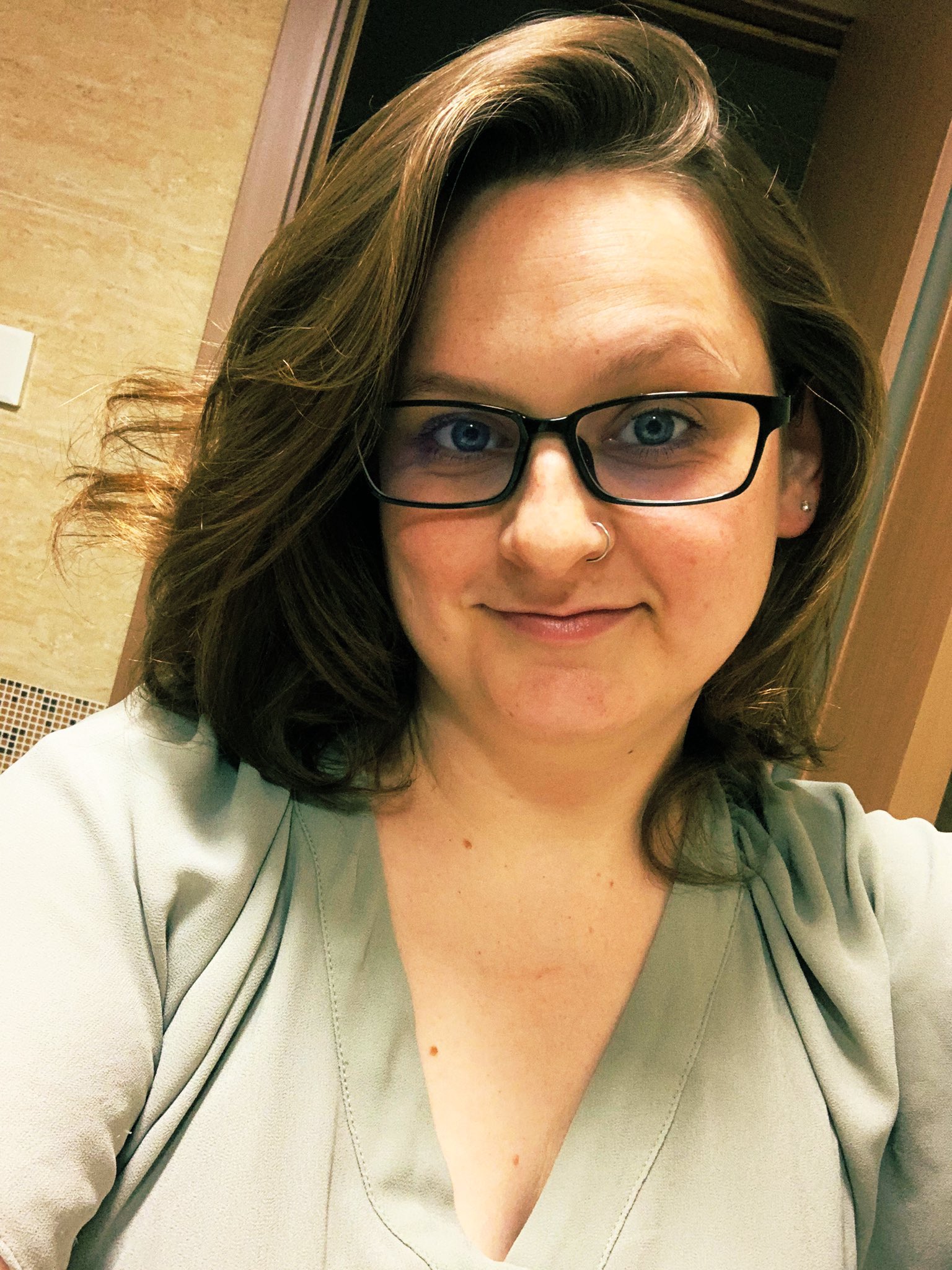 A few years back, Amanda began reading The Bridge of Dead Things, and then immediately started in on The Scarab Heart. I had no idea at the time that she was teaching in China at that point.

Some of you reading this may know that I worked as a teacher here in the UK for nearly thirty years and, for the whole of that time, the bulk of my teaching was with adults with learning disabilities.

I was fascinated to learn about the project that Amanda is now involved with, and I suspect you will be too.

When Michael and I first connected, he asked me to read and review his book “The Bridge of Dead Things,” and I was ecstatic but intimidated.

[Michael responds: To be honest, I don't recall doing this. Most of the readers I correspond with will know that I'm far more likely to try to put them off reading my titles unless I'm fully convinced they will enjoy them.]

Amanda continues: In the end, I loved it! His attention to detail was inspiring, and to be able to talk to an author about their work put a dream in my mind that I hoped would become a reality. At that time I was still in the early stages of writing books, and I was super excited to talk to fellow writers.

All three of my books were written during my time in China. I ended up moving there by chance. I usually tell people that God took me to China, because I didn’t choose to go. To keep a long story short, when I graduated from college, I had a degree in Spanish but no desire to be a translator and no degree that allowed me to teach in the US. My aunt ended up sending my mom something from their church bulletin that mentioned a teaching job for ten months in China. I completely ignored it when my mom sent it to me.

A week later, she asked me about it. She explained that it was only ten months and, even if I decided I didn’t want to go, it wouldn’t hurt to contact the person who posted the job. I agreed to reach out, and a month later I was in China for a ten-month stint...or so I thought. 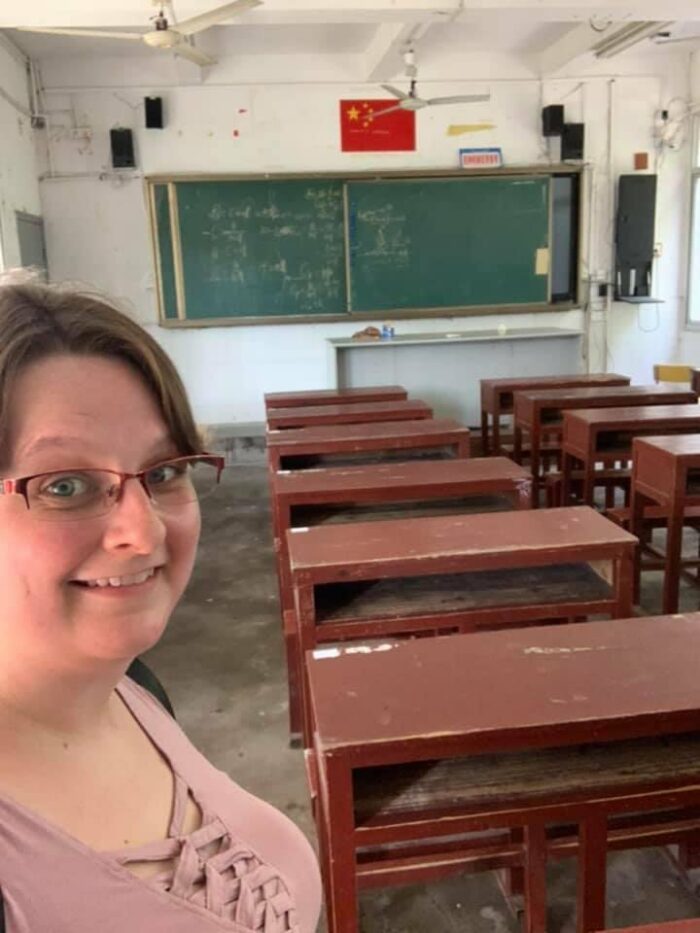 For the first six months I was alone in a city of 500,000 people. With fewer than ten non-Chinese people in the whole city at any given time, I was going through severe culture shock. To put it bluntly, I was miserable. But I ended up rescuing a kitten and, even though outside of the walls of my apartment I was miserable, I had managed to create a small place of comfort in my school-owned (kind of dumpy) concrete shell of a building.

As time went on, I convinced myself that it wasn’t so bad, and eventually started an English corner and made friends with a lot of locals. I was teaching High School Oral English at a school where most kids didn’t care about speaking English. In this sense, my job sucked, but I only had to work about ten hours a week. 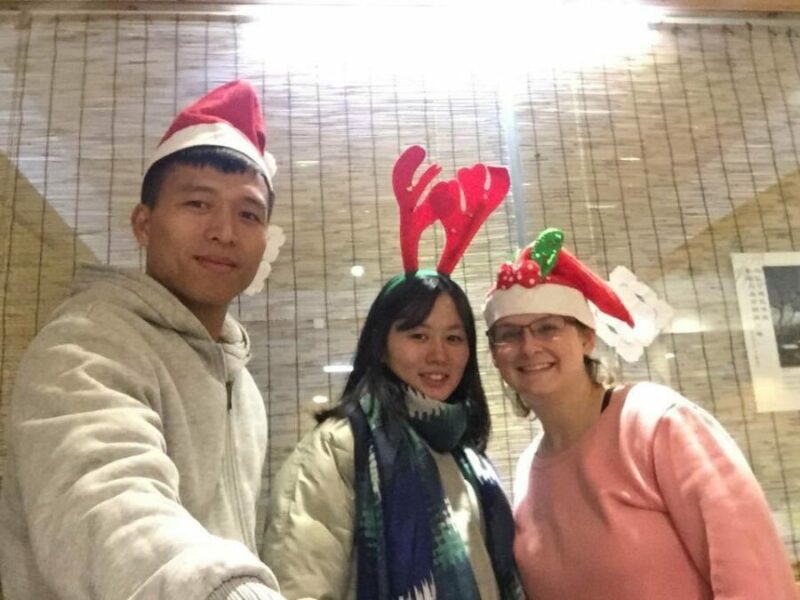 That was when I started writing. At first, I thought I would freelance to earn a bit of extra money. Then I was introduced to NaNoWriMo [National Novel Writing Month], and I started attempting to write novels.

The first book was a sci-fi novel called “Immortality: The Beginning of the End”. While writing, I tried hard to avoid making it overly technical for fear of limiting my audience, and I have come to think of this as “sci-fi for all”. It is about the aftermath of humankind becoming immortal thanks to a chip implant. This was back in 2017, and I spent half that November sick. So, the first draft was actually written in two weeks instead of a month. 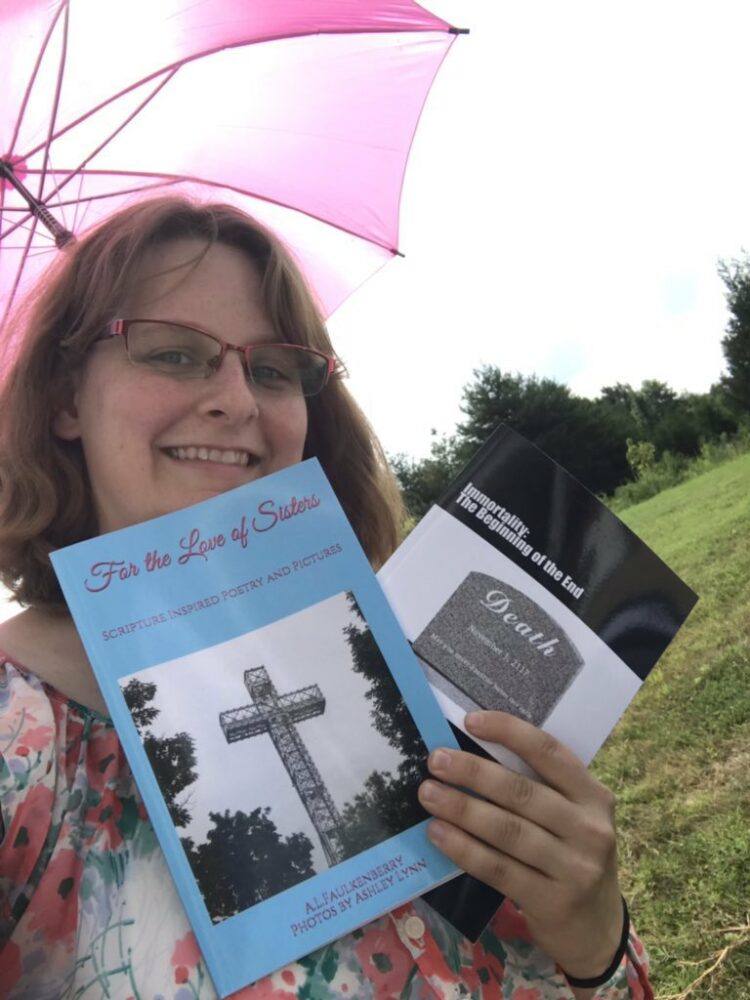 After completing the book, I realized that though my grandparents were supportive of me and my writing, they weren’t going to enjoy sci-fi. That led to the creation of “For the Love of Sisters,” a compilation of thirty poems based on scripture that I paired with pictures from my sister. It was a fun project to work on, but really just a blessing to be able to create something my grandparents could love and enjoy.

I’d never really wanted to be a teacher, but I was beginning to enjoy it. After four years I moved from teaching the High School Oral English to 2nd Grade Math and Science while helping to develop a Math curriculum (in English) for K-6th Grade [the USA educational equivalent for international users]. Eventually I ended up teaching middle and high school English, English as a second language, and AP Computer Science. 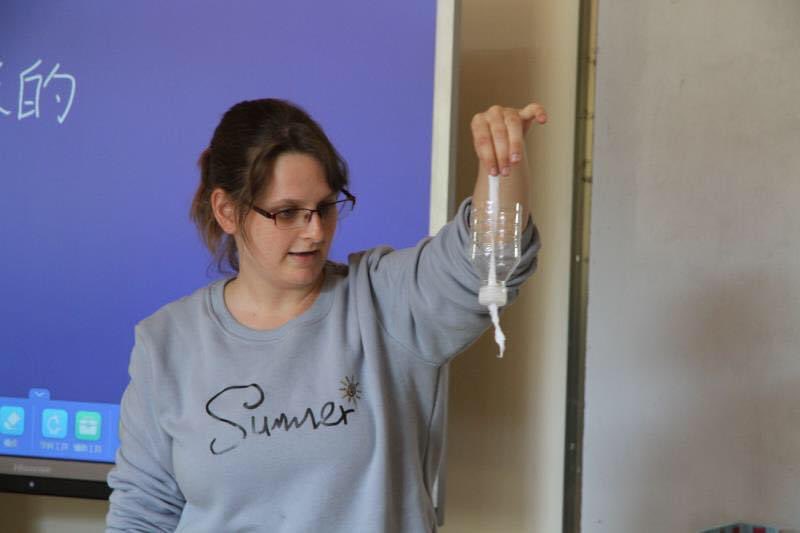 My third and final book, “Lessons From Within,” is an illustrated poetic rendition of the book of Jonah in the Bible, written for second and third graders. This book was inspired by the students I taught for two of the eight years I was working in China. Though teaching such young students proved to be a daily struggle for me, I also took away a lot from those times, including an appreciation for children’s literature. 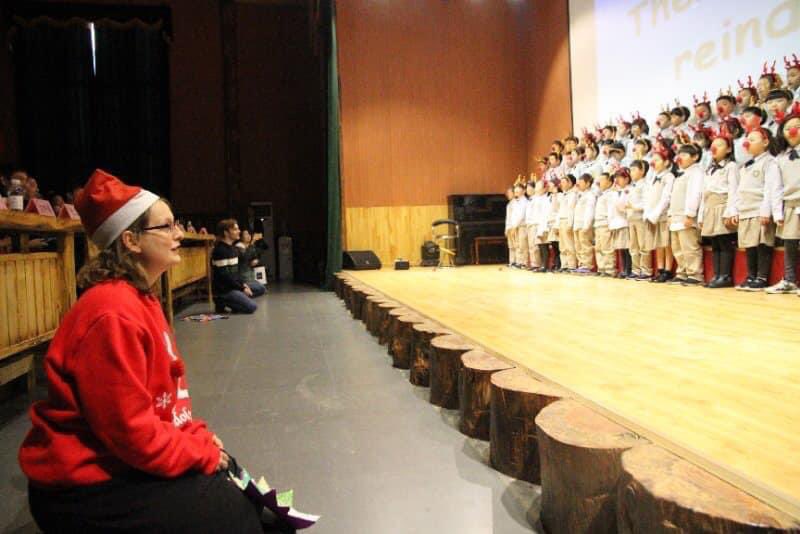 One of the biggest battles that I had as a teacher was helping students who were floundering. I felt their pain as I watched them struggle, but I felt so ill equipped to do anything about it. I would often approach teachers with degrees and teaching licenses both in China and from abroad to see what they did to help. The conclusion I came up with: finding a teacher who feels confident that they know how to help all of the students in their classes with diagnosed and undiagnosed problems was a seemingly impossible task.

After eight long years in China, I followed my heart back to the US to be with the man I love.

Now, I’ve begun the process of transitioning from teaching to working as a software engineer doing web development - with dreams of changing the world or at least making a few people’s lives a bit easier with the programs I create. 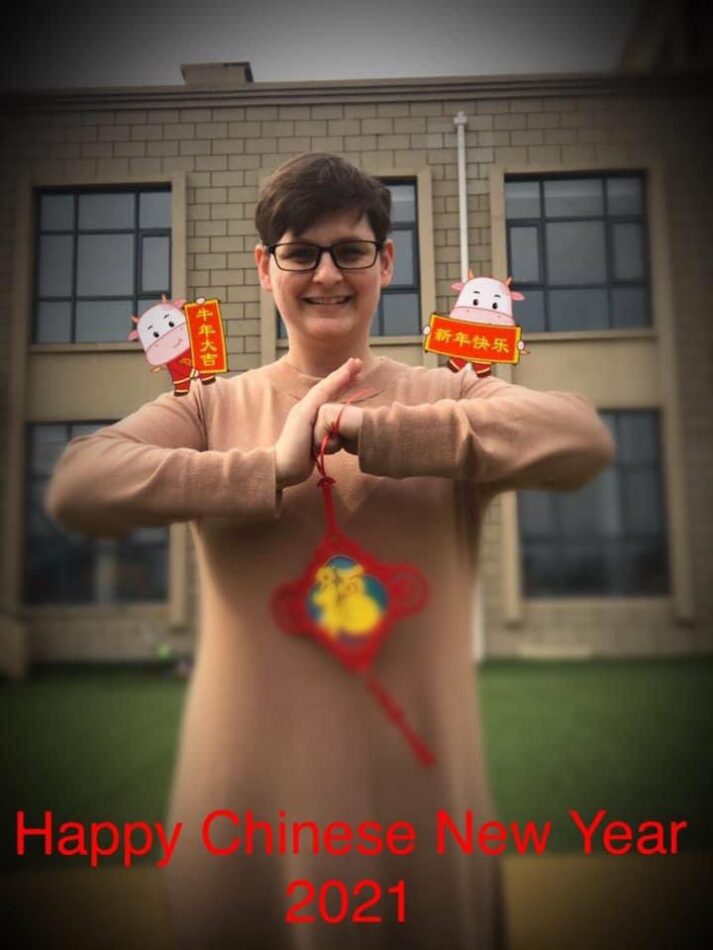 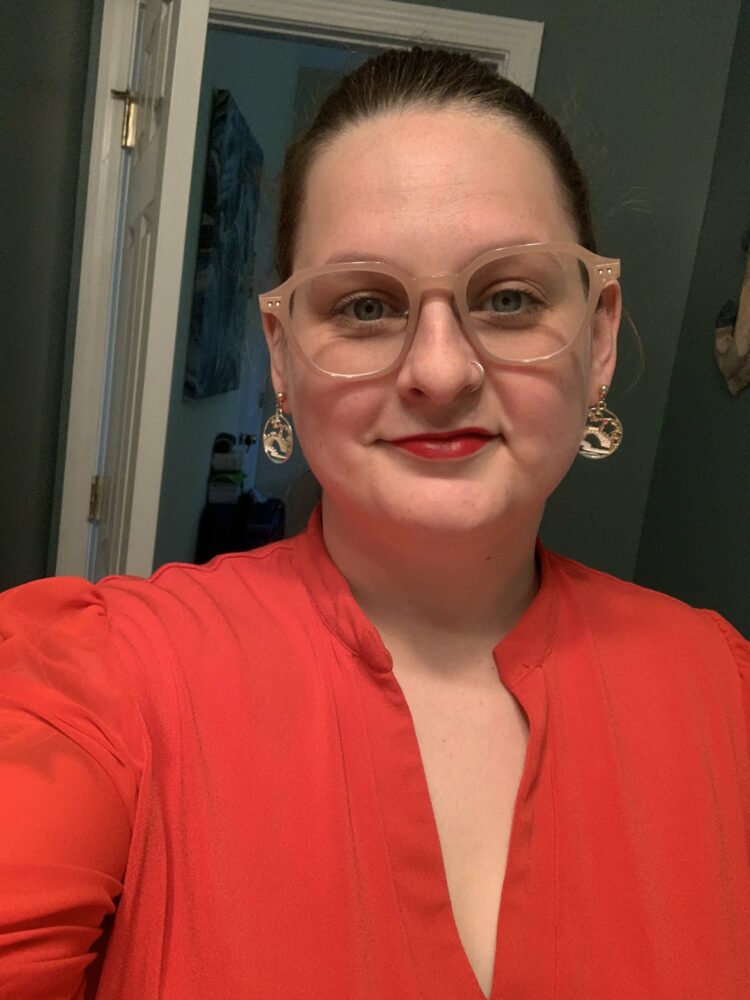 At this time I am working on a project centered around helping teachers more easily accommodate students with learning disabilities. The idea behind the project is to create a safe space where teaching professionals can work together to help the students who are struggling in their classes. The program will also allow them to input diagnosed or suspected learning disabilities and output recommended accommodations. The idea behind the program is that teachers will be able to figure out accommodations, implement them with the students, and track their progress based on whether they are seeing improvements, or whether further changes need to be made.

My hope is that this project will help ease a bit of stress for teachers, allow them to work together to help the students they teach, and help to meet the needs of students so those students don’t spend their entire school career thinking they are incapable of being successful. 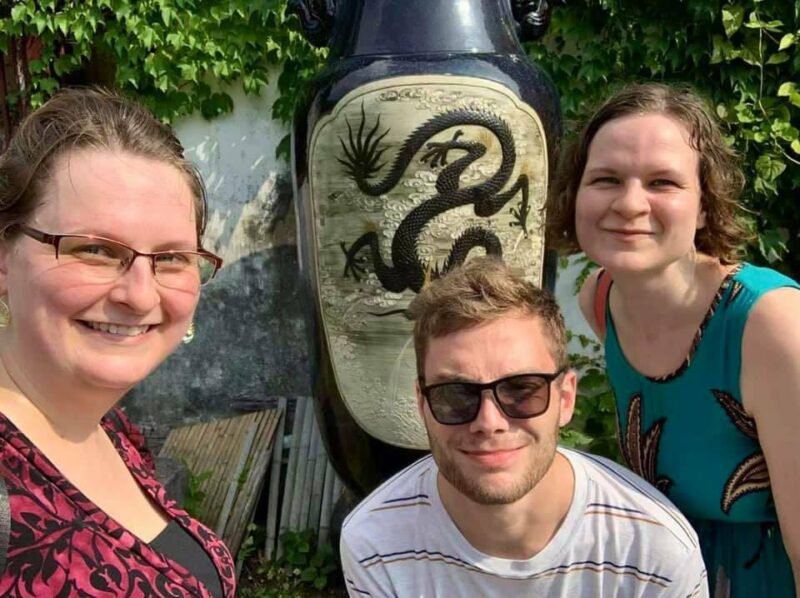